I'm working in Abisko this winter, I will be teaching on aurora workshops and as last night was forecast to be spectacular, I thought I'd drive the 4 hours North from my home and see what I could photograph. The evenings started promisingly, it's usually pretty difficult to see aurora in a sky that is too bright but I got a series of shots from just as the sunset was fading. 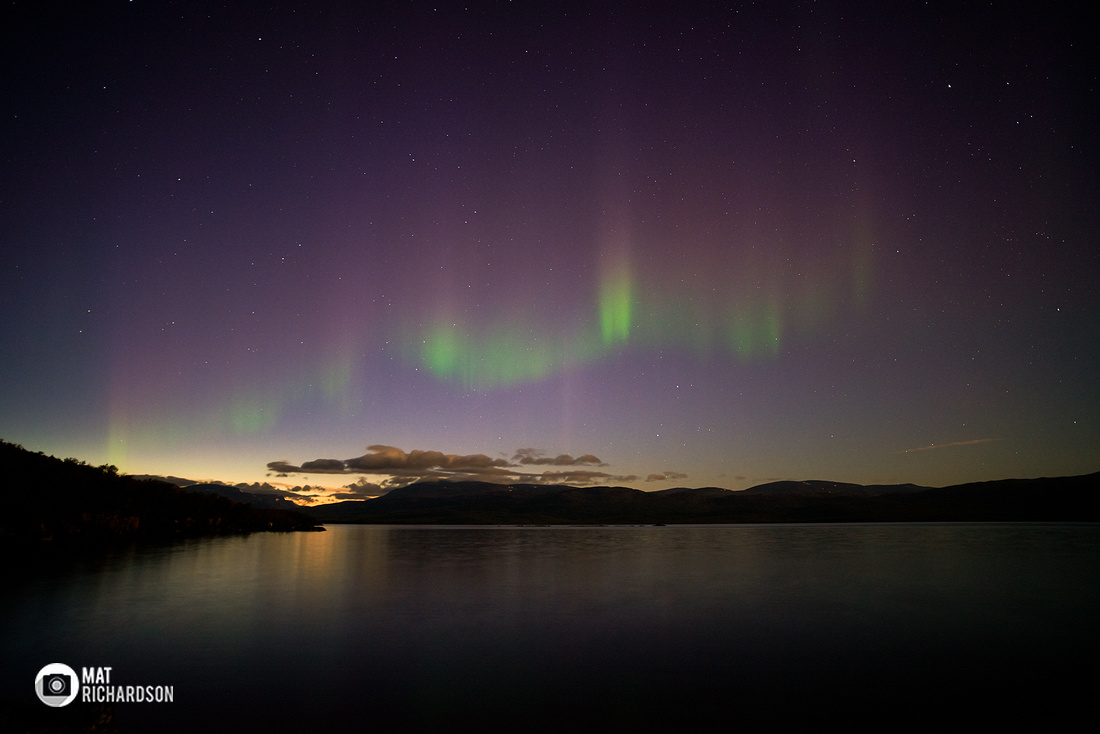 The aurora display was nice and bright but nowhere near as strong as I was expecting, most of the time I was shooting to the North but there was a short time when the lights danced overhead and then headed South and I captured them above Laporten and the village of Abisko.

The lights were rapidly moving, changing colour and intensity and it was great to watch. Sometimes it's too easy to get focused on the camera and forget to actually enjoy the experience! I was very lucky to capture an extremely unusual phenomenon, a blue aurora. It happened only briefly as it passed overhead but I swung the camera straight up and captured 4 photographs all with very blue colour, I have never seen this before! 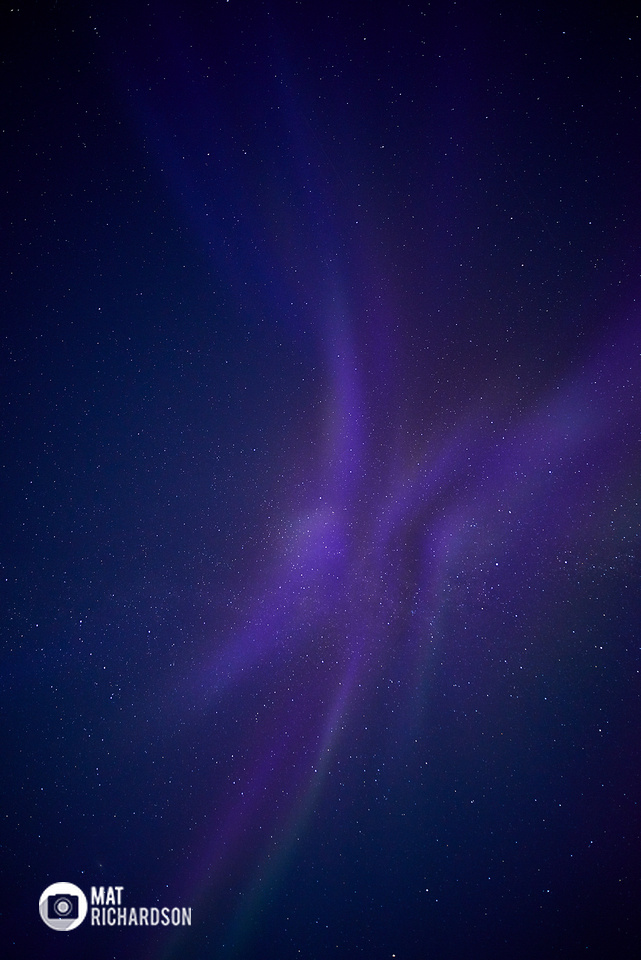 And finally, just to prove that you can photograph aurora with anything, you don't necessarily need wide lenses, this was taken with a 135mm f2 lens that I use normally for portraits! I was far enough away to get a great shot of Laporten and Abisko so I used it, shame the aurora didn't get low enough on the horizon to be visible through Laporten but still, a nice shot. 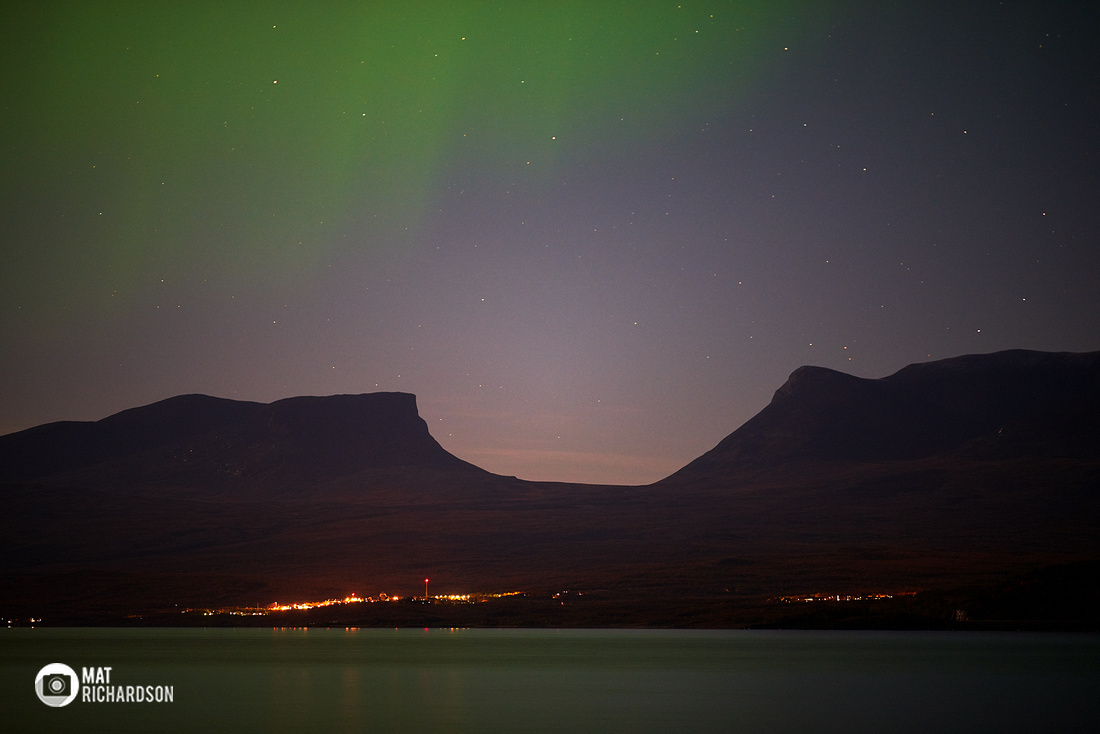 I'm sticking around for another couple of nights so hopefully there will be more to photograph tonight.