My local town hosted the FIM Snowcross World Championship, Women's Snowcross World Cup and the Europe Snowcross Championship this past weekend, I was invited along to shoot and jumped at the chance. As a predominantly commercial photographer, I have never shot action sports before and thought it would be a great opportunity to shoot something a little different. 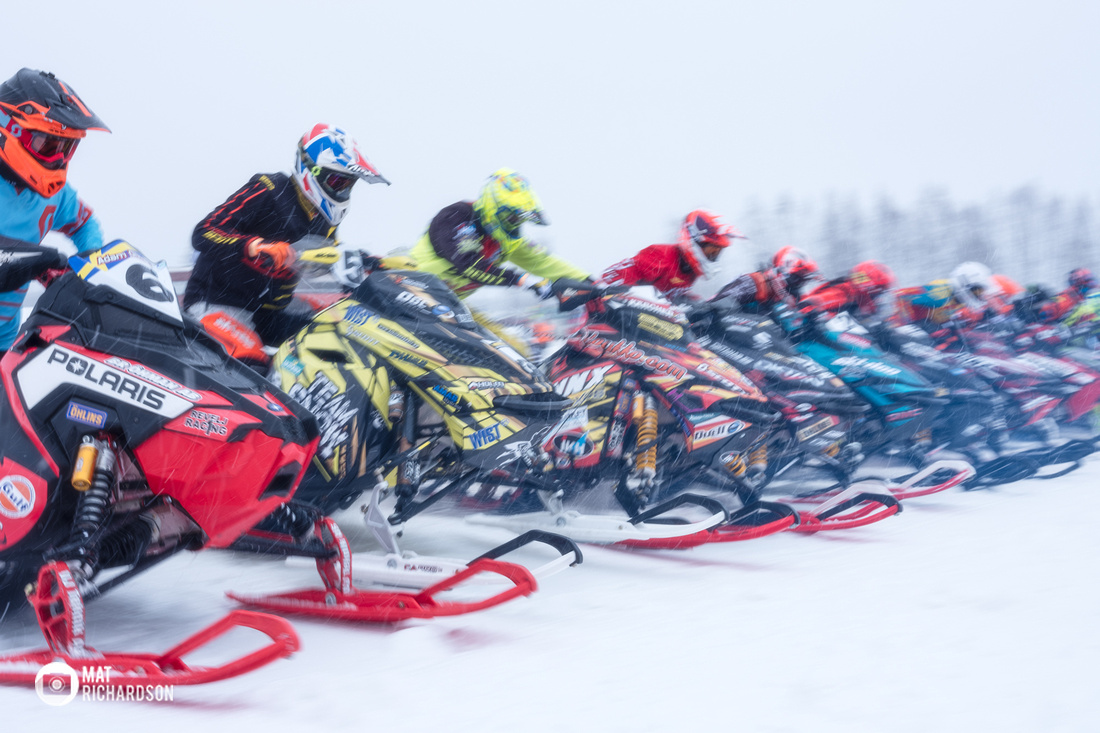 I wanted to try and get something different from the shots I saw in my research before the event, as with most things, a style develops for a sport and it's not surprising with these snowmobiles, frozen action mid turn or leaping through the air is all very nice but I wanted to try and capture some extra drama, utilising shutter speeds and also with a longer lens than I would maybe have chosen had I not seen other shots before hand. I wanted to get in close, capture eyes through the goggles and hopefully add drama with some flying snow. The shot above was an experiment with longer shutter speeds, tracking riders to maintain a single sharp area with everything else blurred. 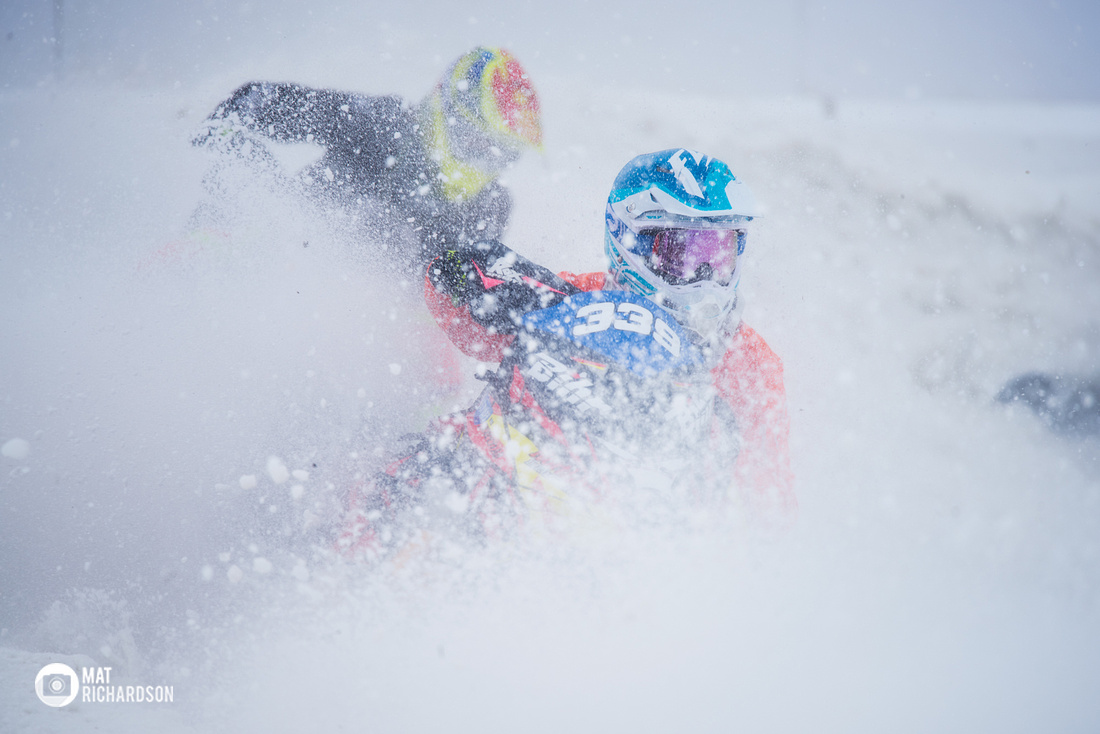 If I was going to freeze action then I wanted to try and get something a little more abstract in nature, opting not to photograph the first rider in a  group but to wait for the second or third and try and capture them bursting through flying snow, the Nikon D500 is so good for this, it just locks on to the target immediately! 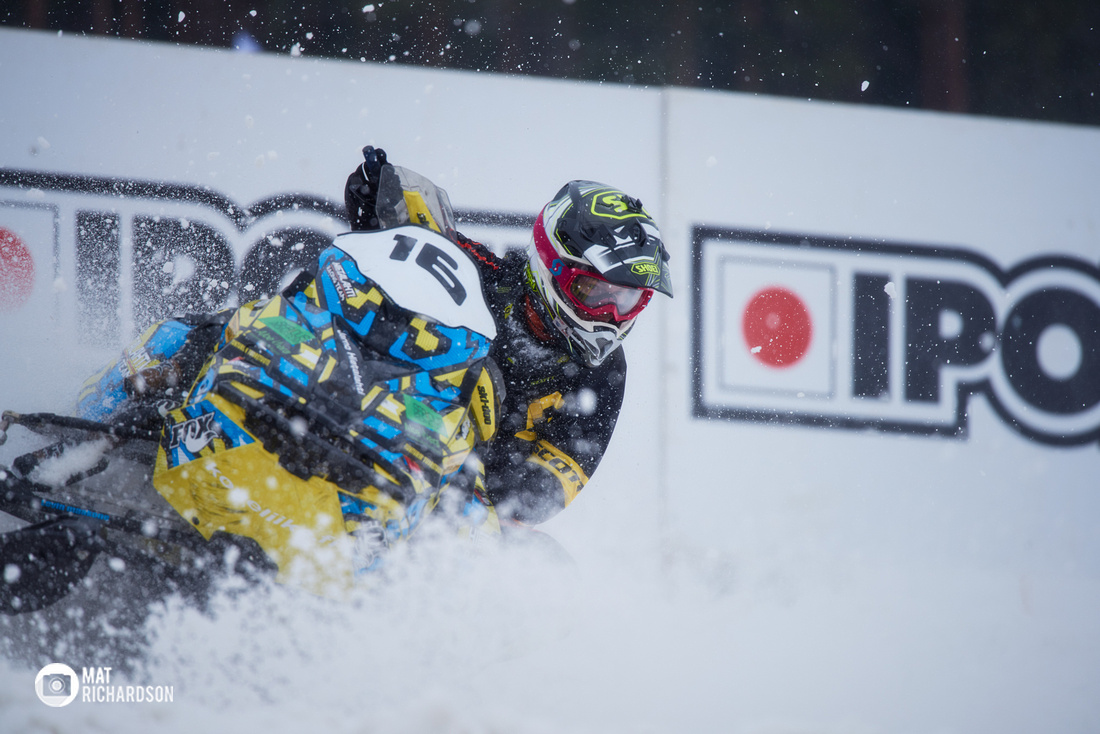 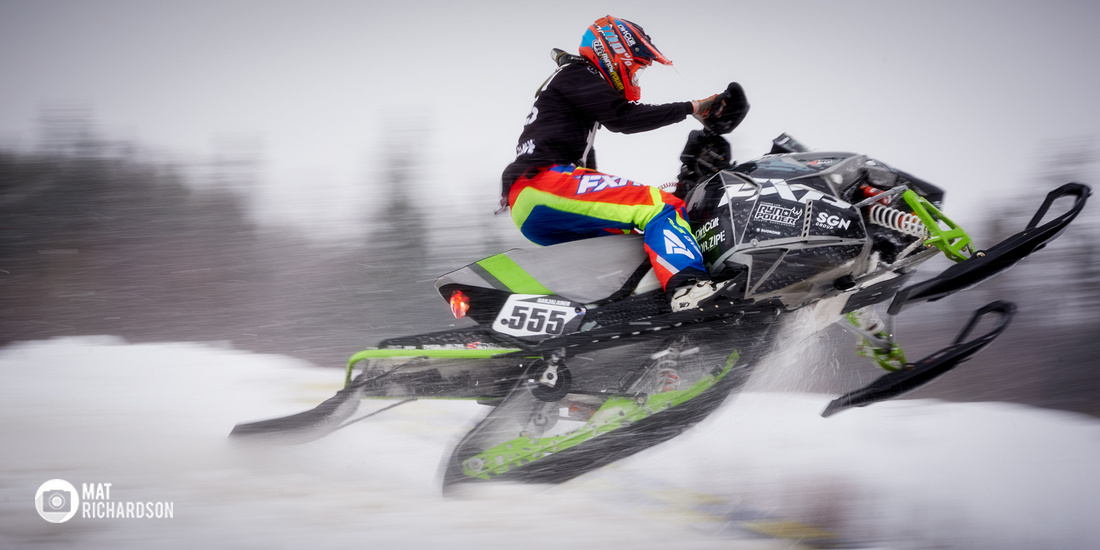 I was also pleasantly surprised by the D810 in these conditions, the tracking af isn't anywhere near as good as the D500 but it handled itself really well, locking on easily and tracking pretty well, I used it for stopping action as well as for some tracking shots as above, I really like the added drama of a little movement within the frame. 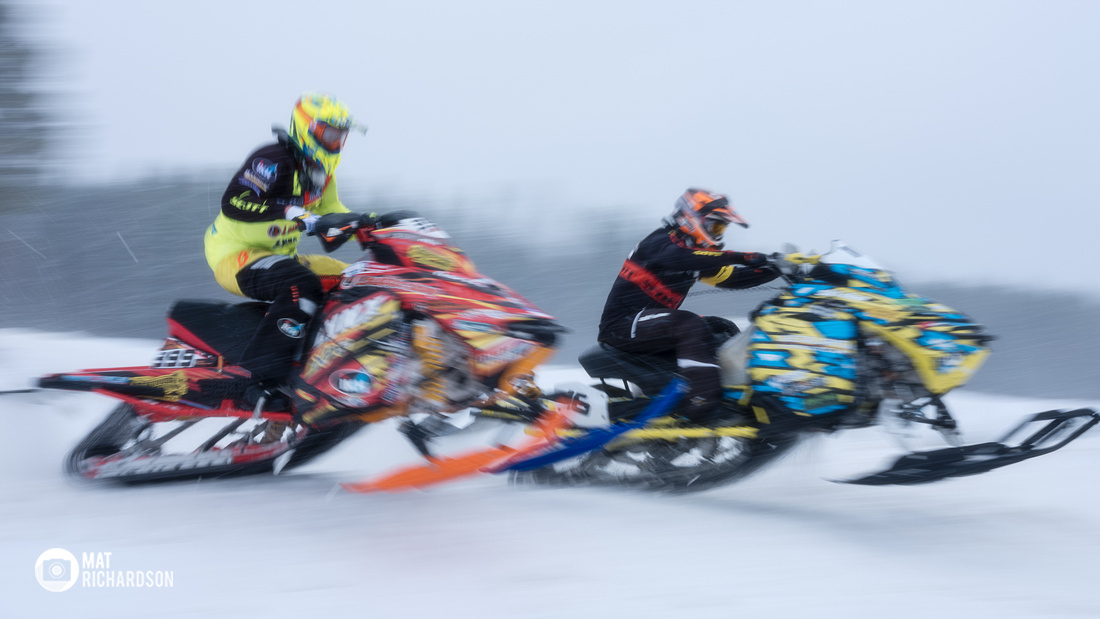 Another with motion, it's tricky to get one part of the image sharp when they are going so quickly, ideally with practice you can follow the head and let everything else blur, with this shot I let everything blur out to try and capture the sense of speed, I think it works pretty well! 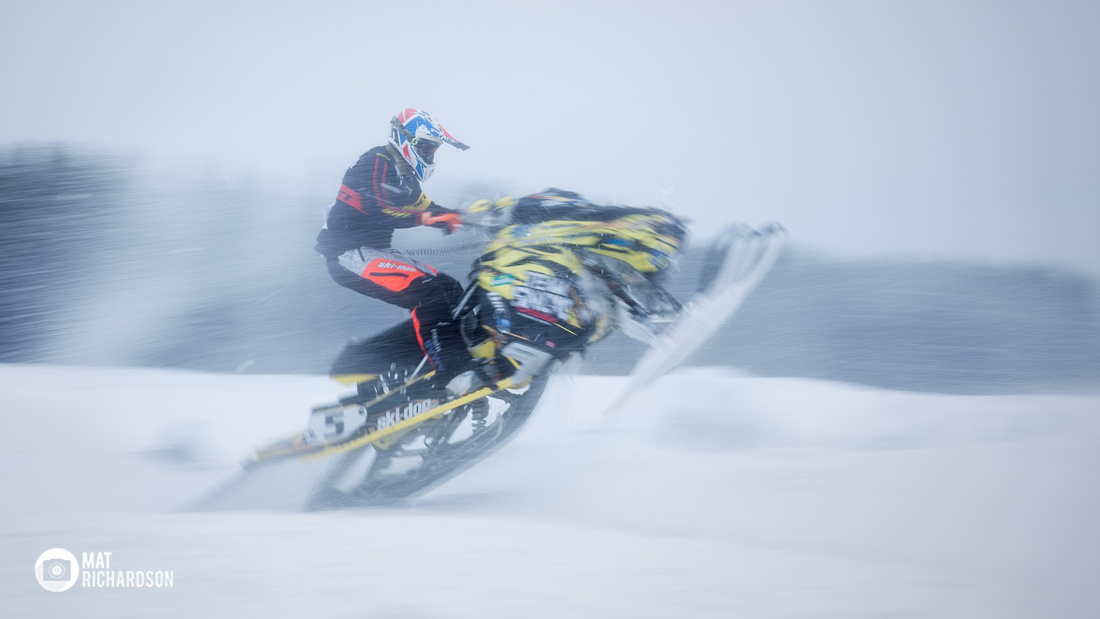 The GFX 50S is not a sports camera although I found it to be excellent in these conditions, it is extremely quick to fire and can capture action easily as long as it's close enough with this lens, here it worked perfectly tracking this rider at 1/50th of a second shutter speed, head is perfectly sharp and there's a real sense of movement through the snow. 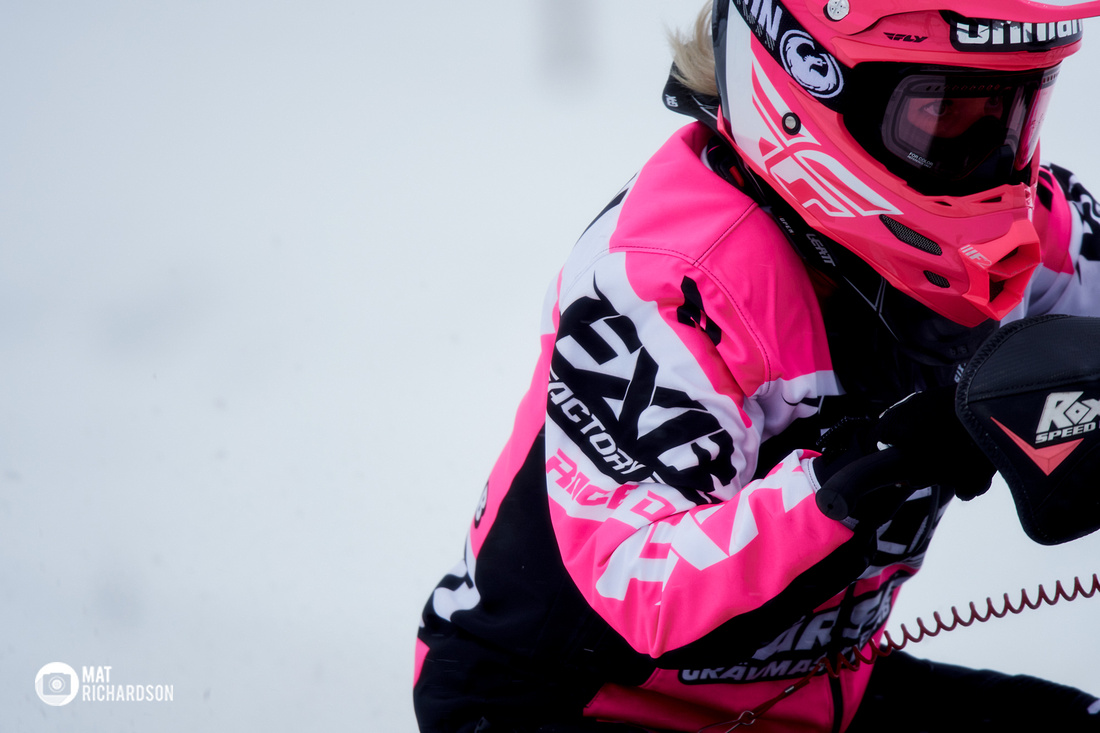 Getting in close with the D500 and 300mm is very easy, these riders are moving incredibly quickly but it just works! Here Elina Ohman is at full speed on her way to winning gold, very impressive riding! 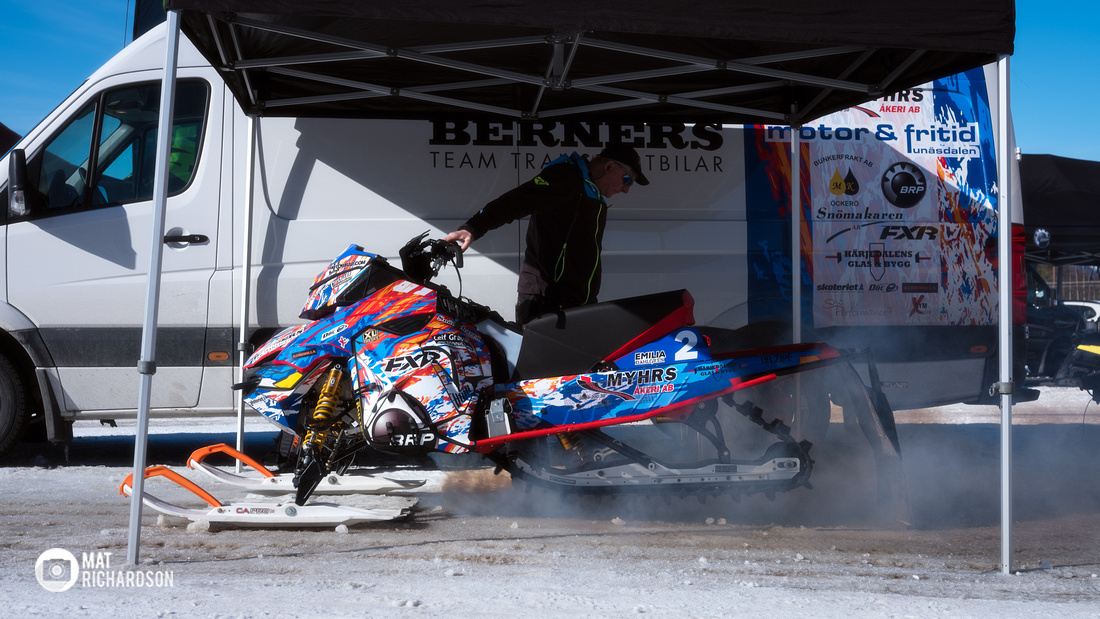 I really enjoyed wandering around the pits watching the teams get ready before the event and on the practice sessions, so I used the GFX for some more candid type shots, it's a really good camera for that sort of thing, no bigger than the D810, very quiet and produces great files. 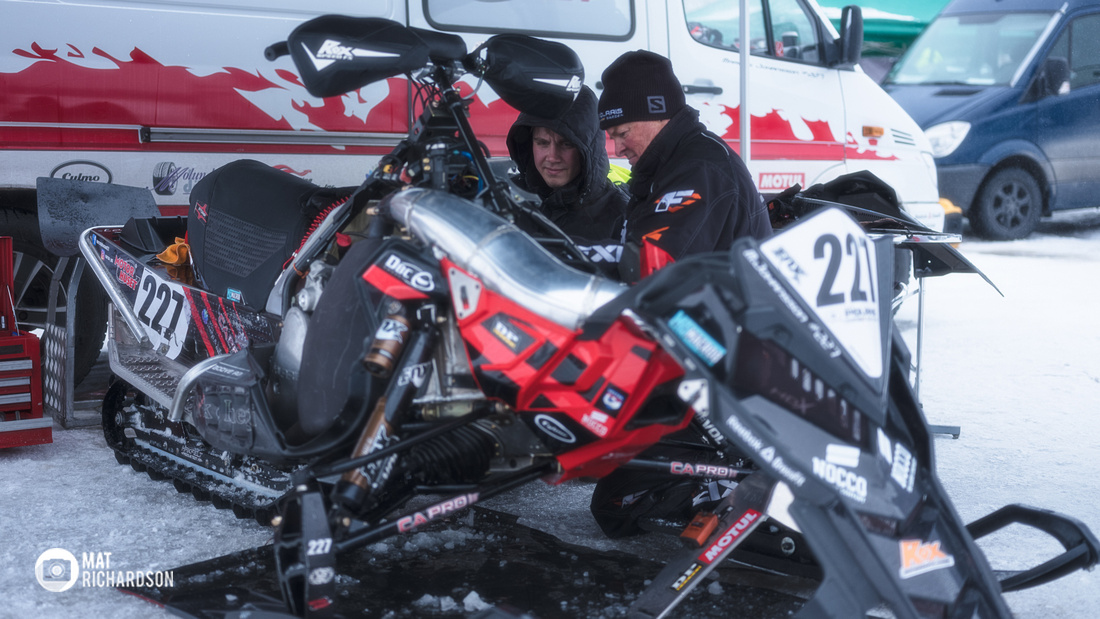 Fujifilm GFX 50S, 63mm, supporters of all sizes in the pits.

Overall it was a great couple of days, congratulations to all who took part and to the organisers for putting such a great event together, I now need to find some more action stuff to photograph! 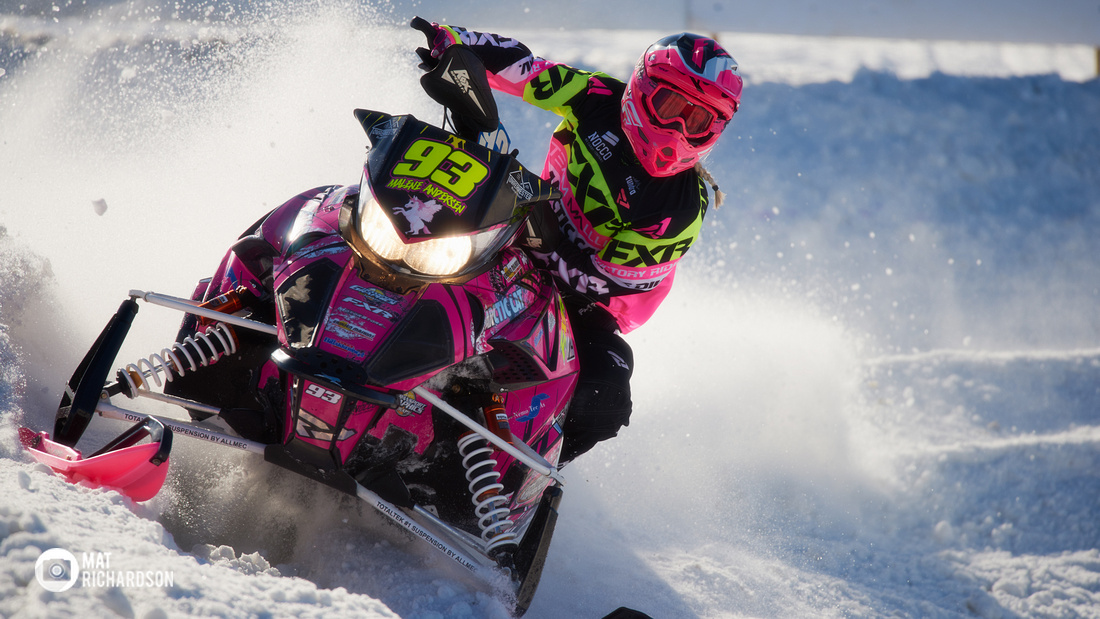 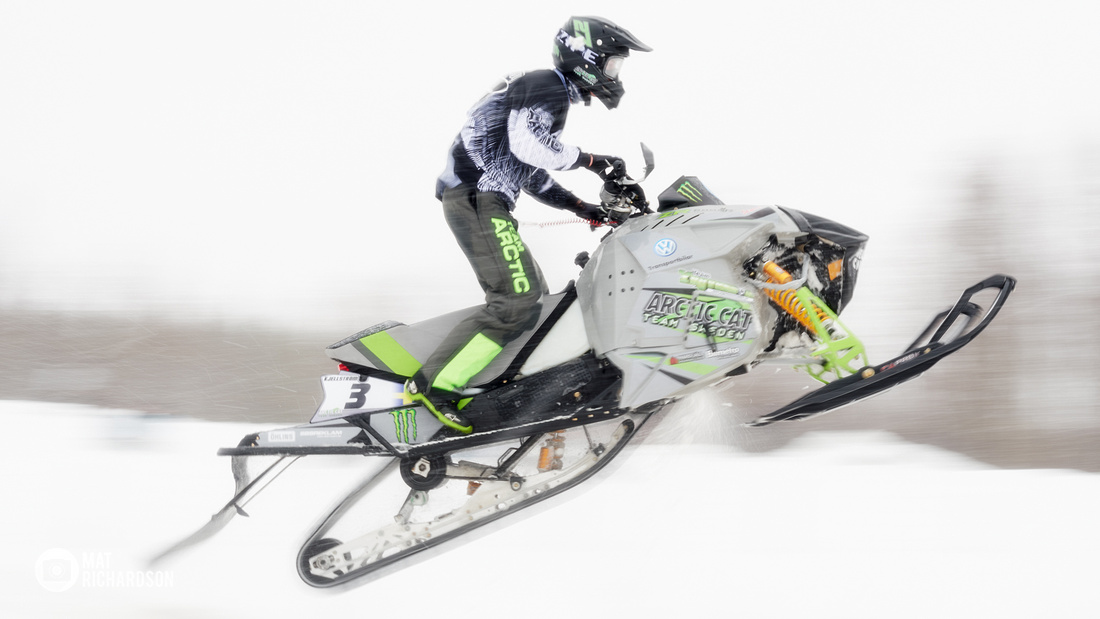 A full page of images of all types from the event can be seen here...