I got woken by a call from Oliver this morning, quick let's get out! The sky was beautiful, wind was extremely strong and it was literally one of the most incredible mornings I have ever experienced.

On arriving at the lake, it was clear it would be tricky to photograph, the wind was around 50mph and the snow was hurtling along the ice and straight at us, freezing on to the camera and also on our faces! Not great conditions but the sky was worth it. The shot above may look over processed but the colours are accurate, pretty amazing. I turned round to shield from the snow and saw unbelievable colour in the sky opposite so I grabbed a shot.

I'm sure there was some ice on the lens which gave this shot a softer feel, I like it though, the driving snow looks great too. I got a shot of the big boulders as they looked great with the ice covering them. 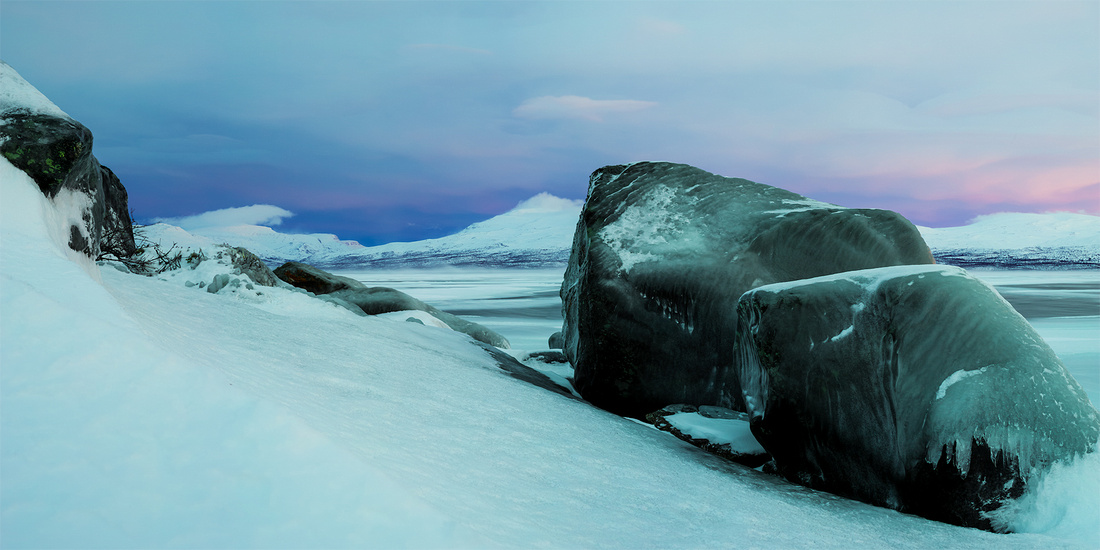 As the colours started to fade they got much softer and the wind got stronger so it was time to finish up and head back for a coffee, the ice was making lots of creaking noises so we avoided walking on it too much. 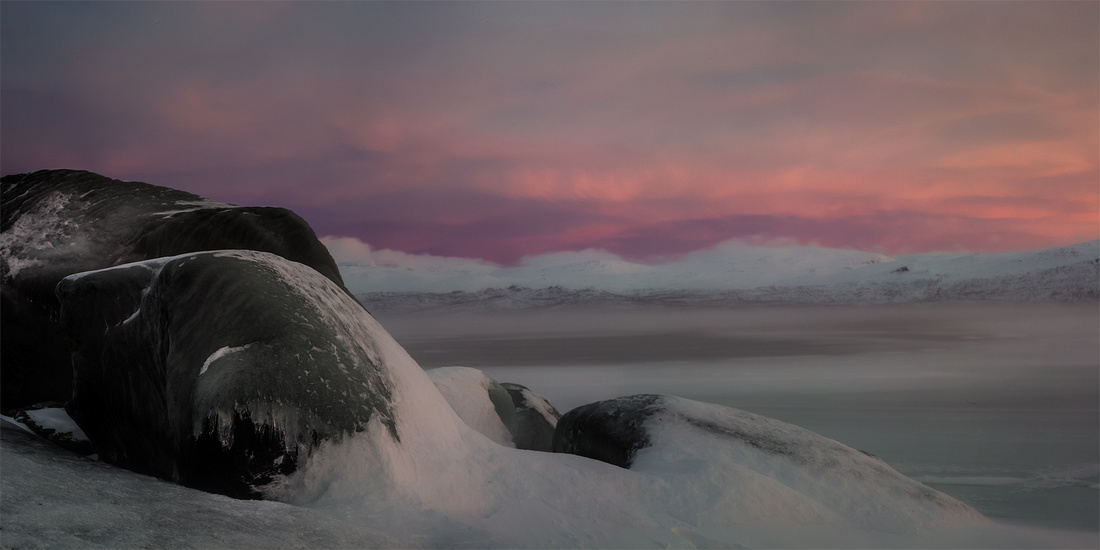 A small patch of sky opened above Lapporten as we were leaving but it was getting pretty cold with the windchill so I only grabbed a quick shot handheld. 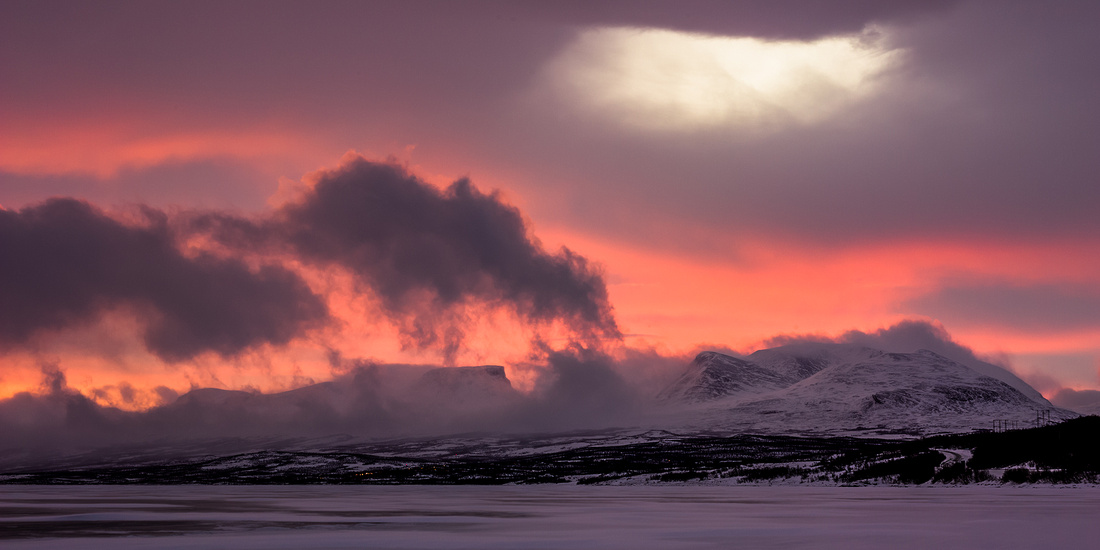 Last shot of Oliver just as we were leaving, the wind was so strong it pushed us across the ice! 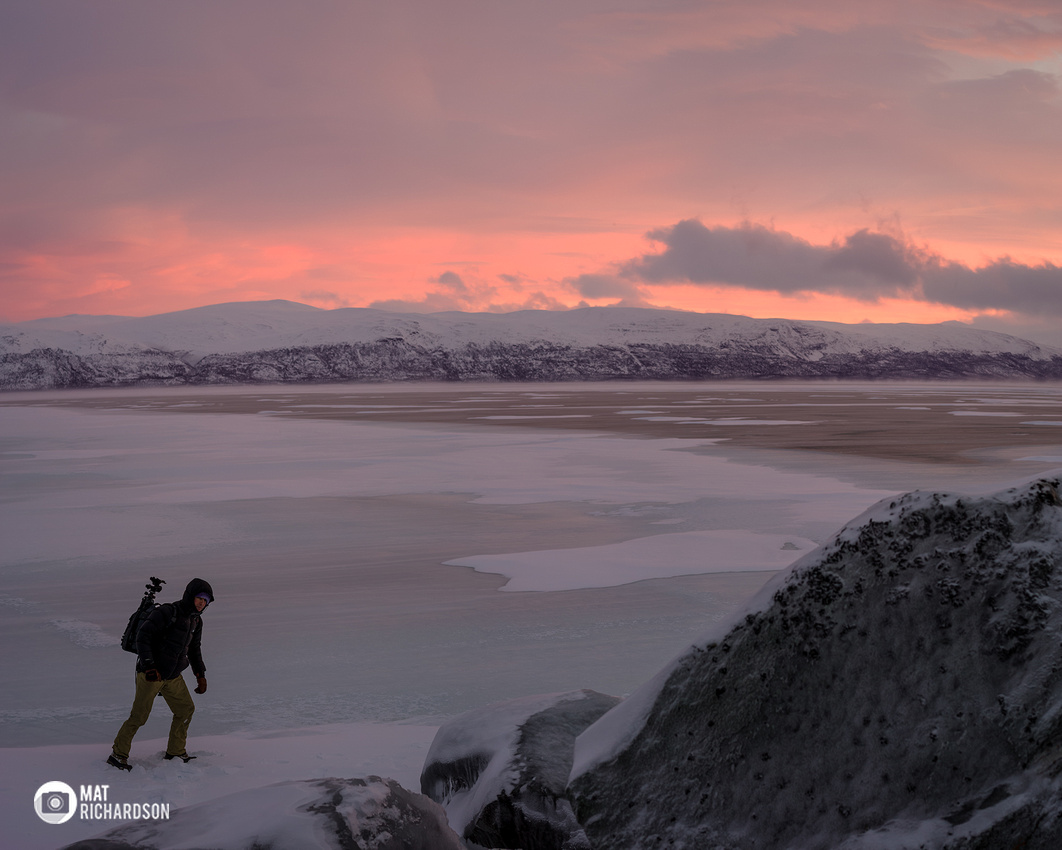 Anyway, that was my morning, pretty cool!