It's that foggy time of the year!

We've had an amazing summer here in the North and now as we move gently in to Autumn, the evenings are a fog filled delight! Last weekend I went out to scout some locations with my friend and fellow photographer Kristofer, driving back from Lulea we spotted a beautiful old barn and managed to arrive just as the sun was shining through the holes in the walls, I jumped out of the car and managed a couple of shots before the sun dropped and the moment was gone. Not great as I didn't have time for a tripod but the clouds were spectacular. 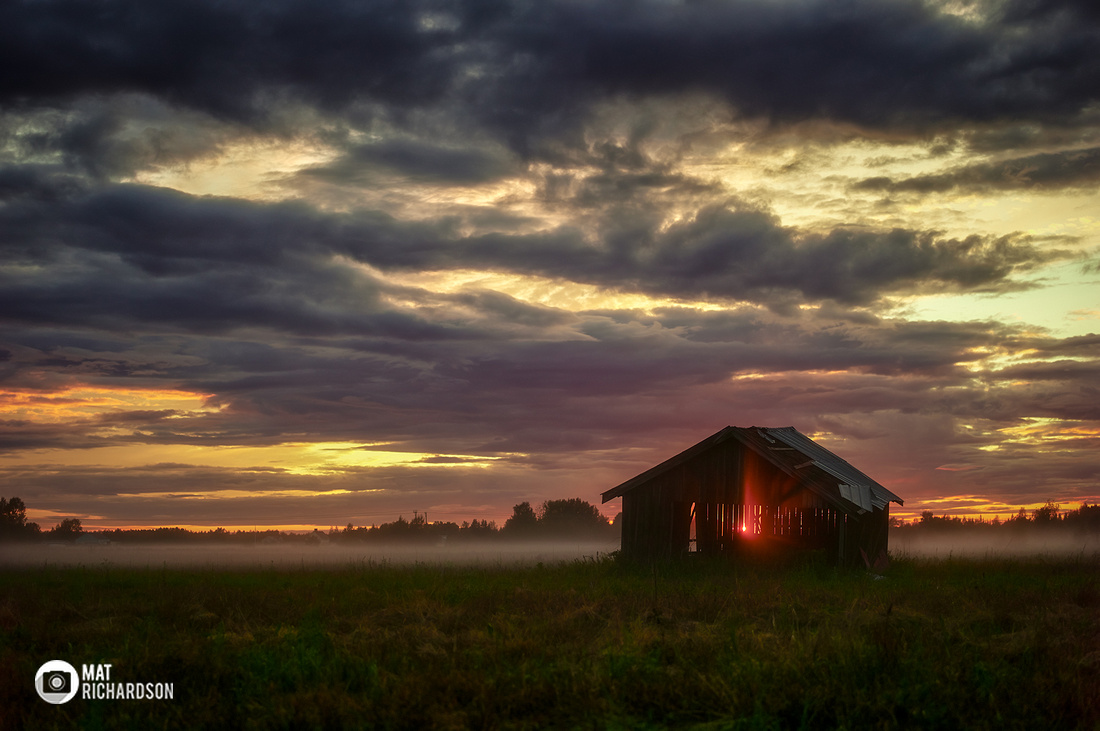 Yesterday the weather was excellent, heavy showers and strong sunlight most of the afternoon so I had high hopes for some more decent light, with luck there would be fog and a glimpse of the sun. We arrived early enough to set up properly and waited for the sun to set, unfortunately the clouds were nowhere near as dramatic and we lost the sun behind cloud about 10 minutes before the sun set, bugger. This shot shows Kristofer setting up to capture the old barn. 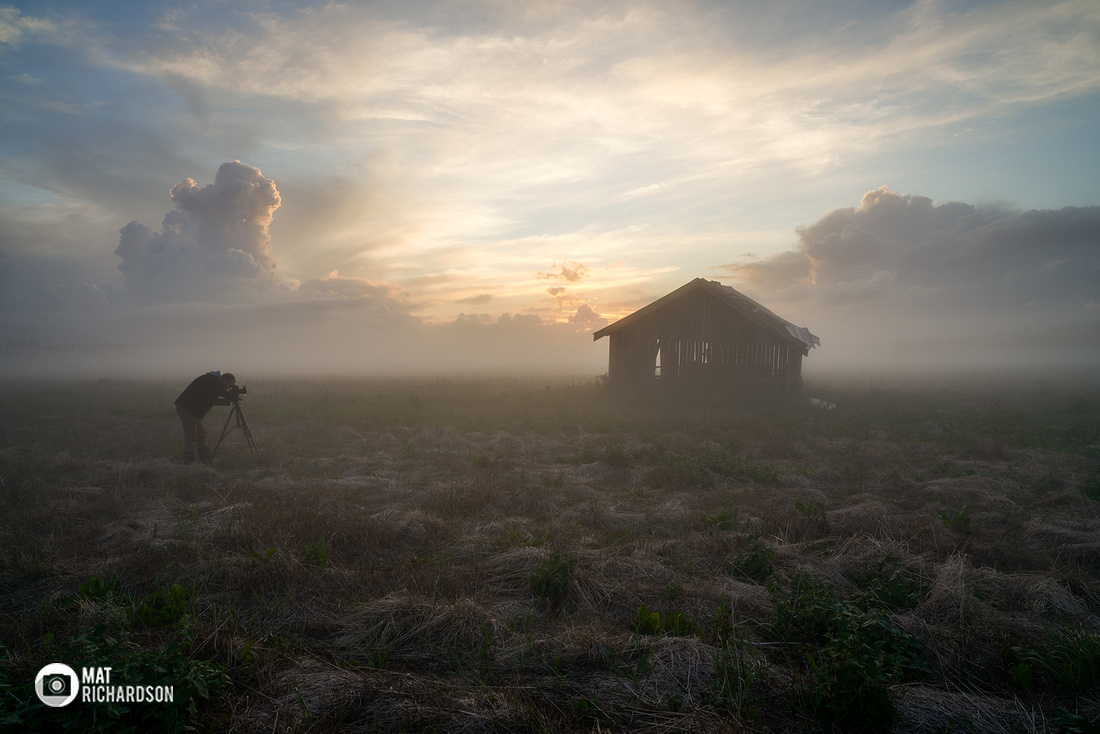 The fog was good and I was lucky enough to be in the right place as for around 10 seconds the sun illuminated some fog as it shone through the gaps in the walls, I got a couple of shots before it disappeared again and was lost. 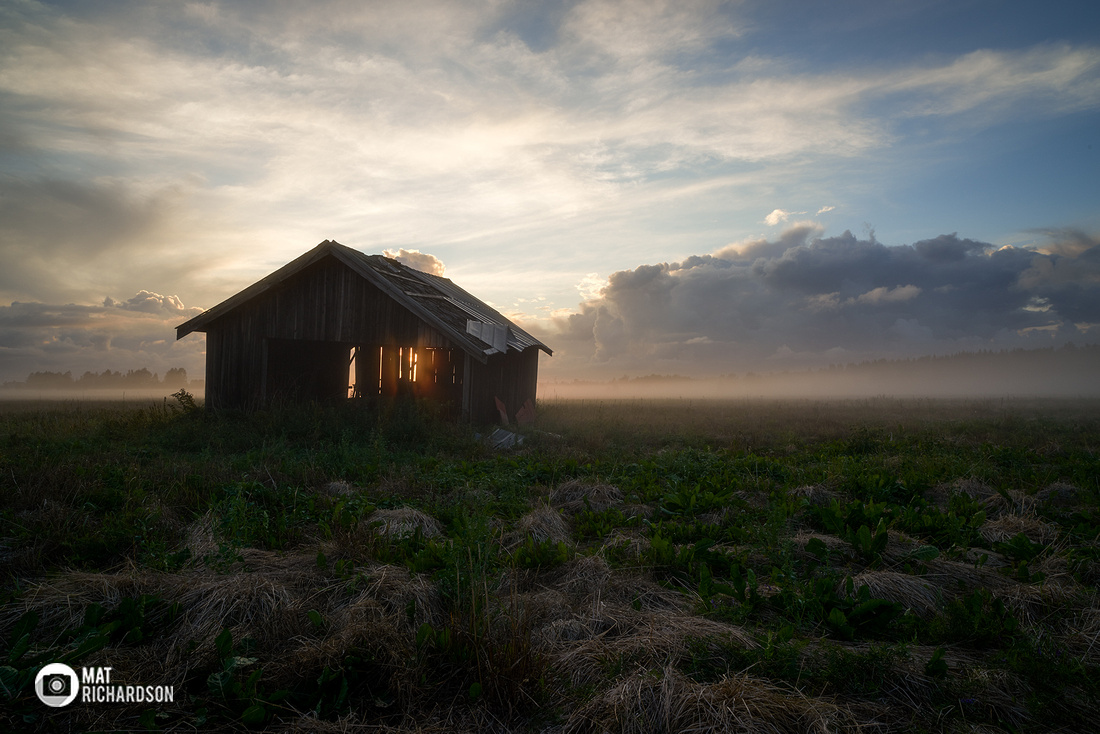 I moved to the left to capture another shot with the sun in view, by stopping the lens down to f16 it's possible to make a nice starburst effect when the sun is in the frame. 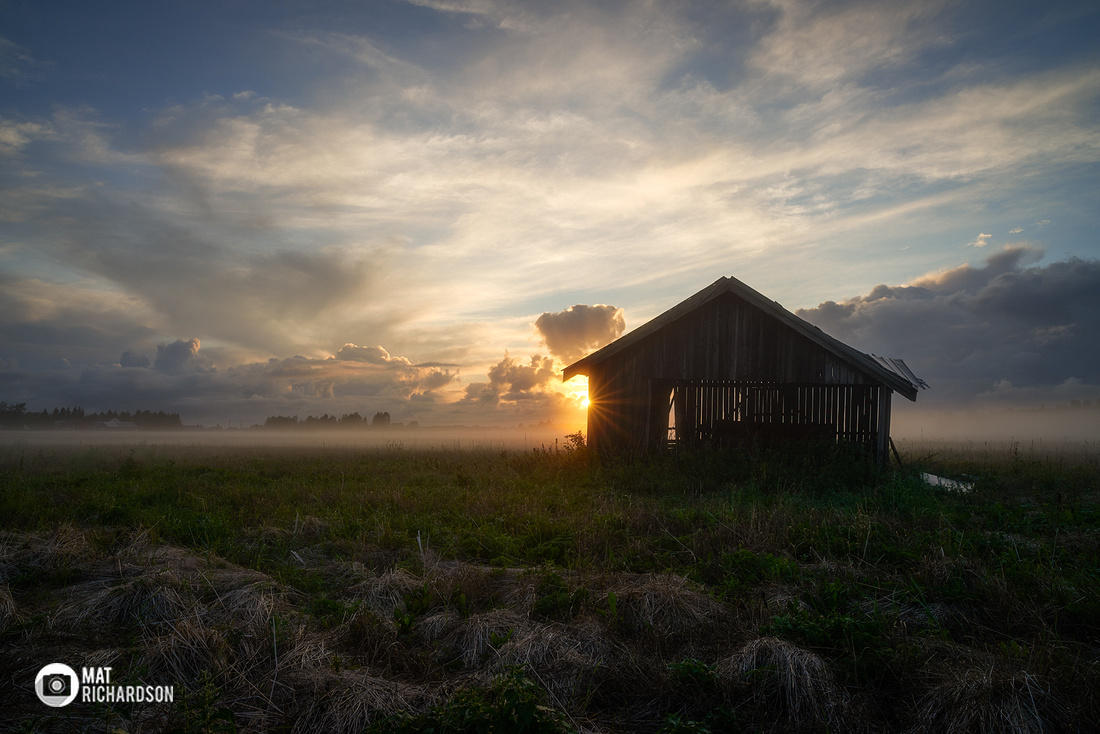 Anyway, that was the barn, shame the sky wasn't as good as the other day, I am sure I'll be back again. I was ready to head home and drove further down the farmers track to find somewhere to turn around, I spotted a bridge over a river so decided to have a quick look, bloody hell it was great!

Not only was the river dead calm and the fog was rolling over the trees, we spotted an old raised walkway on the righthand bank which looked like it might have promise. The wood was really rotten on the walkway but it had loads of character, the sun had dropped so it wasn't ideal for creating an image but I took a few test shots. Kristofer took a couple of shots on film and I jumped down in to the marshland beside the walkway to grab a shot of him framing the scene. 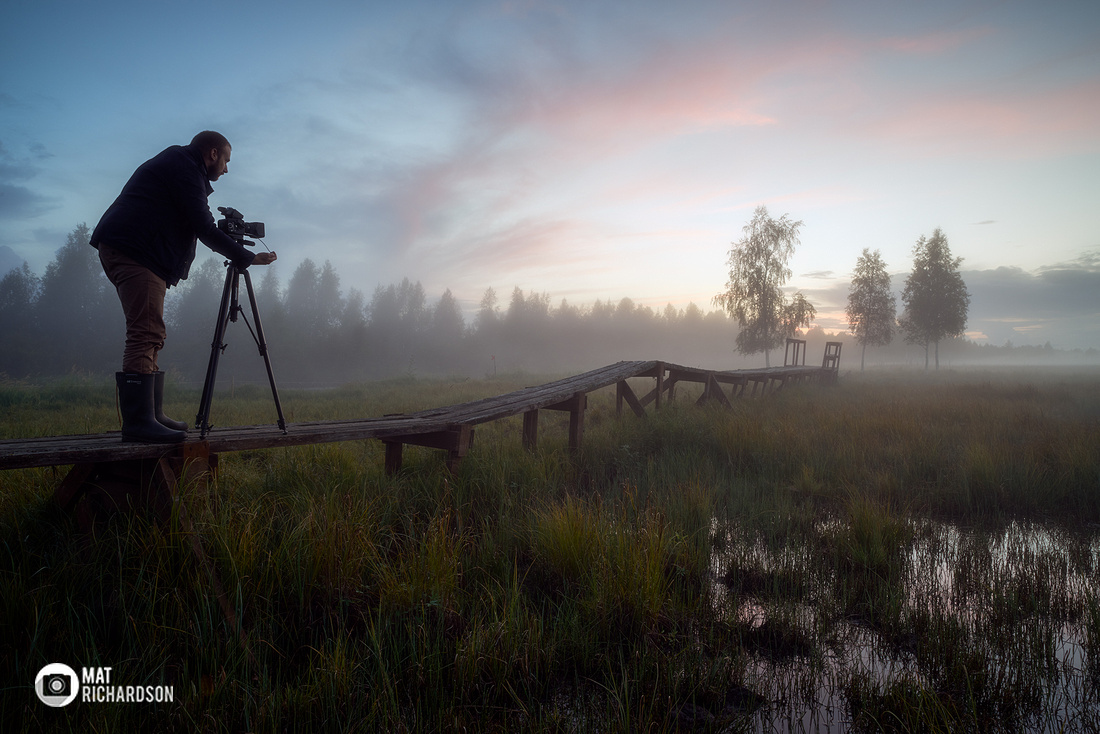 I really like this shot, the fog was just right, the walkway leading off looked nice and rickety and there was enough light to capture Kristofer fairly sharply, a 1 second exposure. So, what started out as a slightly disappointing barn shot, became a great discovery of a beautiful spot for future trips. Sweden is a great place to live and photograph!