So, it starts again! This time of year the sky becomes dark enough to get short glimpses of the Northern Lights, they are in the sky all year round but this far North in Sweden, we need to wait for the sun to dip low enough below the horizon before they are visible. I got a very small glimpse a couple of nights ago but not worth recording, last night though there was a big aurora display that meant they were clearly visible. 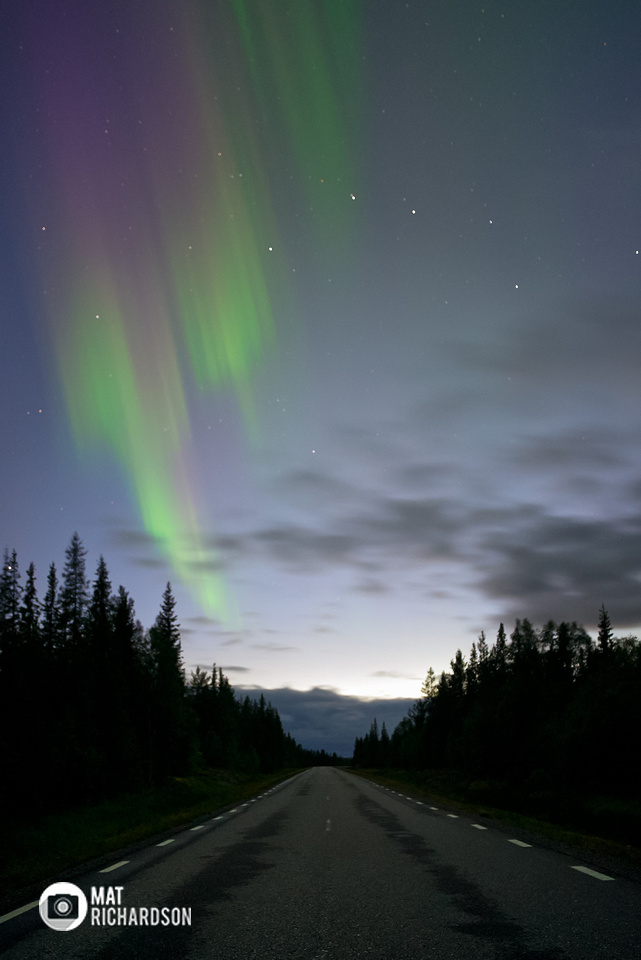 You can see from this shot that the sky is still fairly light, only good strong aurora are visible in this light, in a few weeks the nights will be much darker and then they will be easy to spot. Things are rarely straight forward though, the sky is dark enough, the lights are strong and then the wind blows along and brings a huge front in, then you're buggered! The aurora move around pretty quickly and just after I took this shot they moved directly overhead and I had chance to swing the camera straight up and take a single 6 second shot straight up. 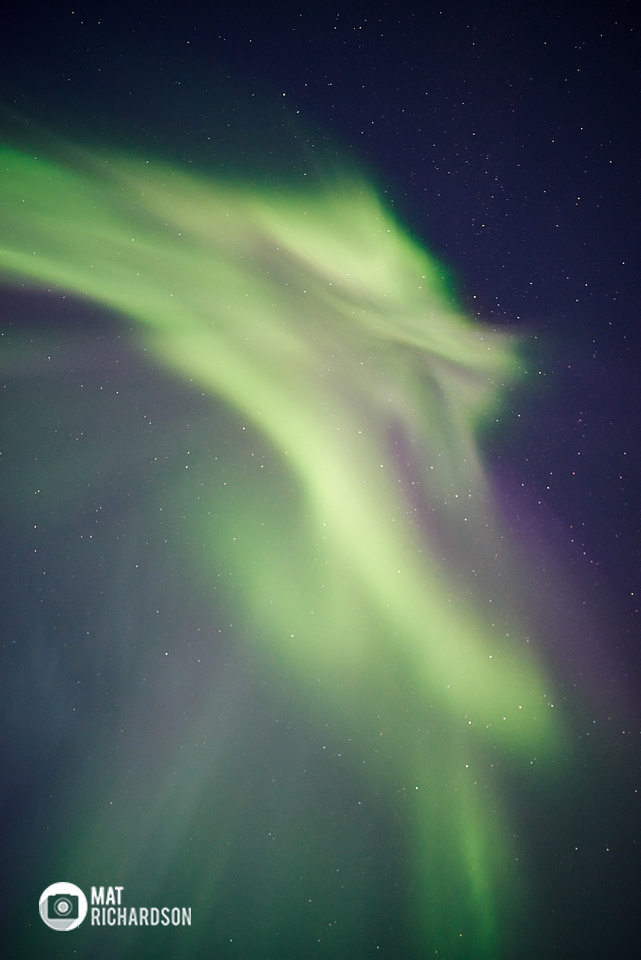 This literally lasted 20 seconds before it moved on and was then lost so I was lucky. Well, that's it, my first captures of the season, I am heading to Abisko in the far North of Sweden soon to work with Chad and Linnea of Lights Over Lapland, I'll be running aurora photography workshops so if you'd like to see the lights and learn how to photograph them then get in touch!