It has been incredibly hot in Sweden for weeks now, sweaty and awake all night and not in a good way. We needed a good storm and yesterday we got it! I've seen a good number of storms all over the world but this was one of the best. I am always trying to photograph lightning, there are 2 ways of doing it, buying a piece of equipment called a lightning trigger, a little device that fits to the hot show of the camera and triggers an exposure when it picks up a flash of lightning, the idea being that lightning is normally a series of strikes and you have a chance of picking up on one of them if you fire quickly. 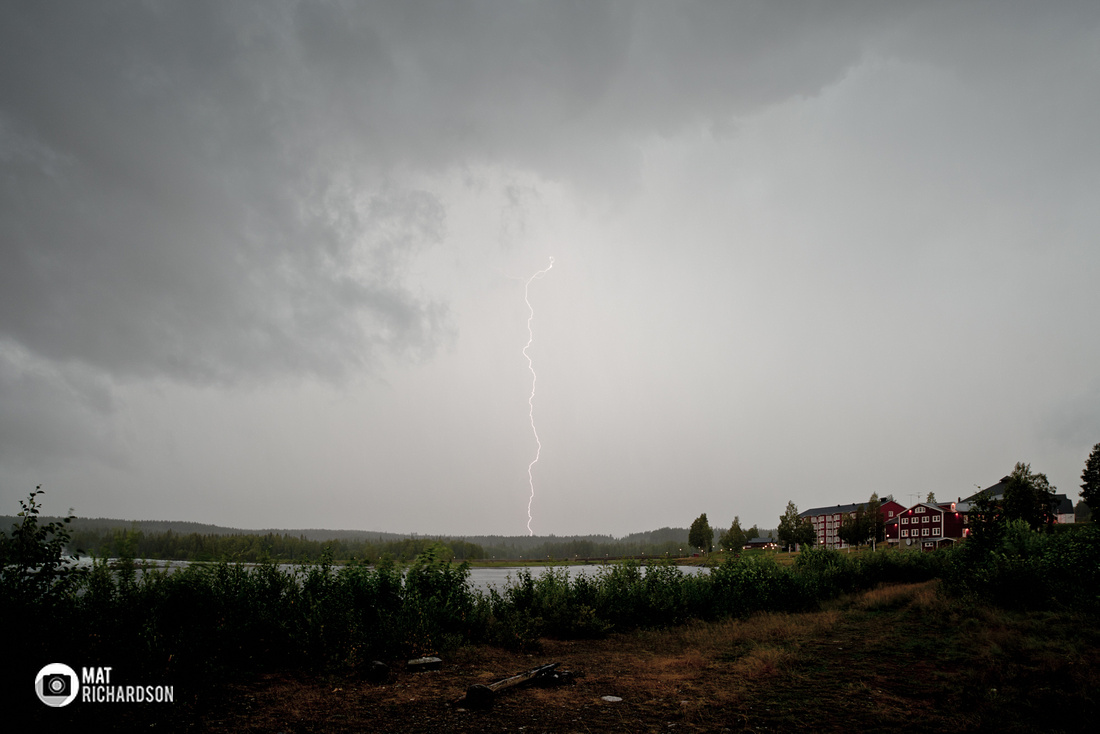 I chose the second option, blind luck! This involves no skill and is as simple as setting up a shot and then firing the shutter at random, hoping you catch something, I got lucky on the 3rd shot, I got a couple of others later in the day but this was the best of it.

So today the weather reports suggested that another big storm was on its way so I prepared myself early and went down to the river at the first signs of clouds moving. 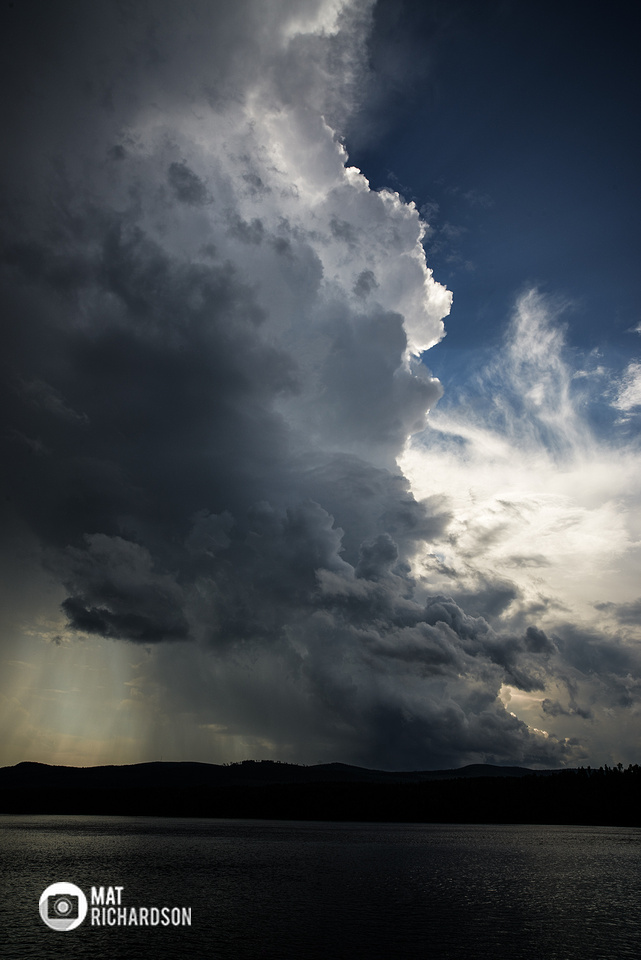 The weather front today was much more interesting, yesterday it was right on top of us but today it was just on the horizon and I could get a much wider view. 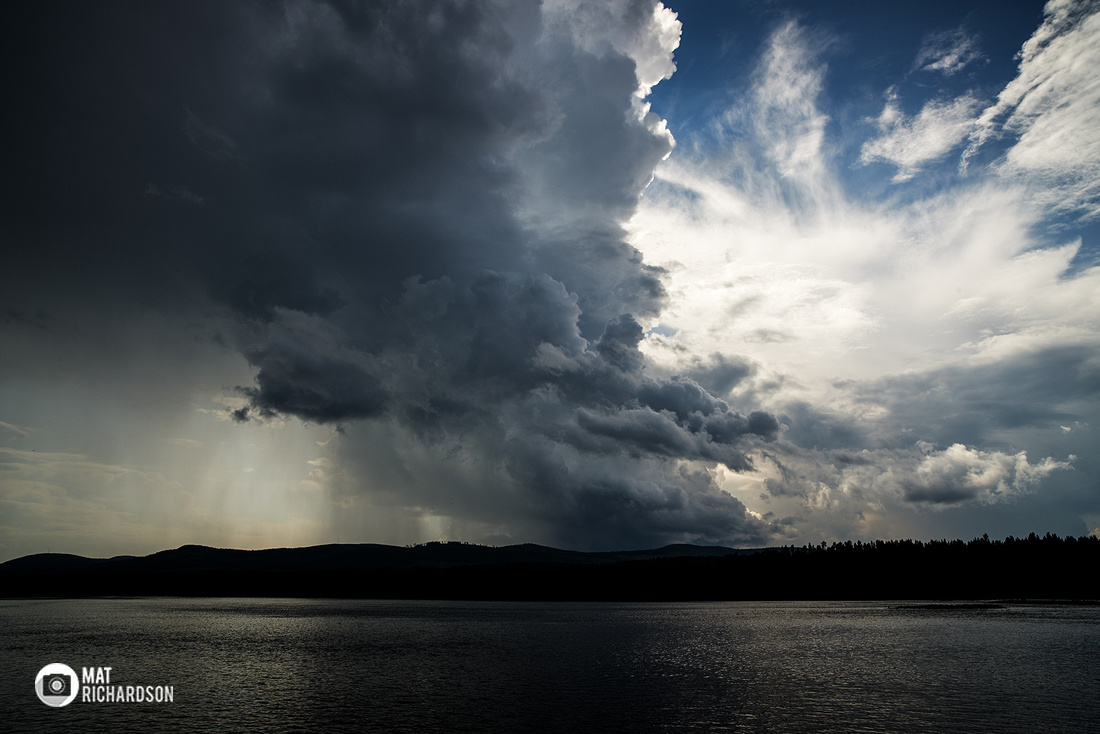 The clouds were spectacular but the lightning was not as strong as yesterday so my random shutter firing didn't manage to pick anything up. After an hour the clouds spread out and the rain came so I headed home. I love a good storm! 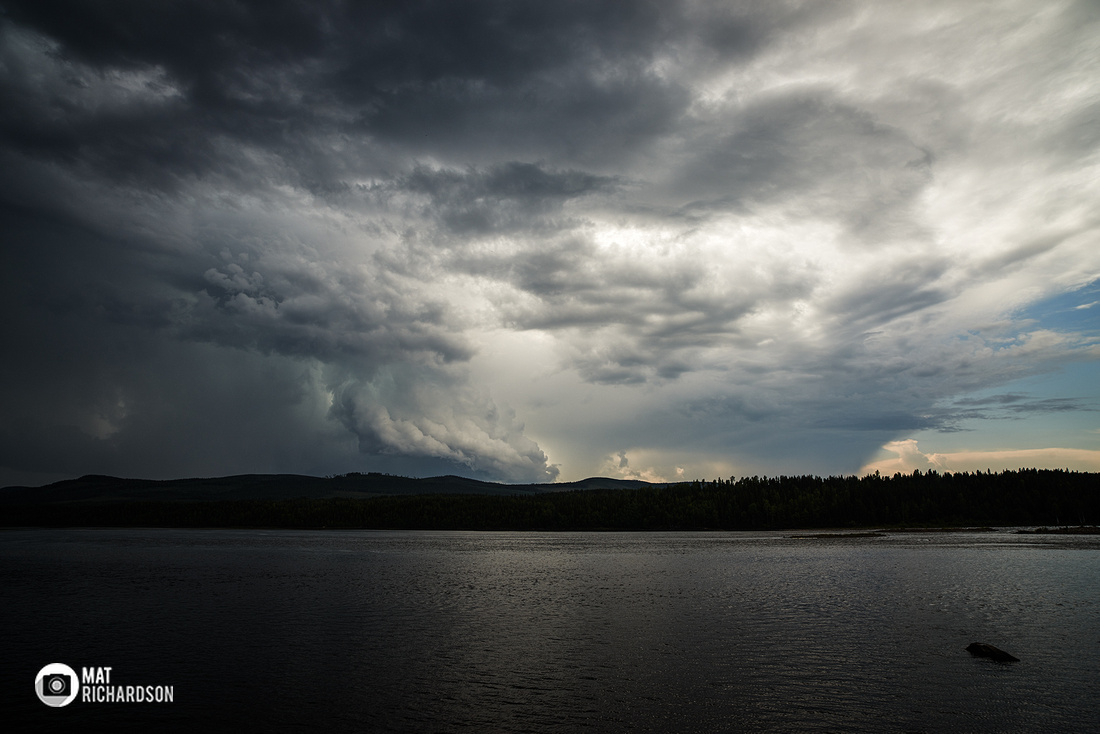